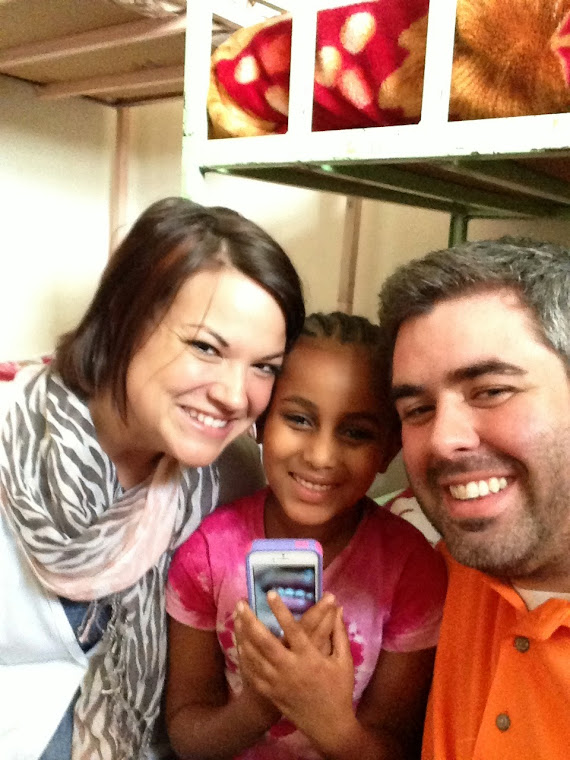 A Rose by Any Other Name...

***I've been "trying" to blog about our daily adventures while in Ethiopia adopting our daughter. We not only saw the sights, but there were several emotional moments on our trip. I thought I would share an emotional moment with you today.***

When we started this adoption journey nearly 3 years ago, we had no idea the emotional effect it would have on us. Everyone warns you that its quite the roller coaster, but I naively thought, I'm tough enough to handle anything for the sake of a child.

Hmmm, I guess God had a lot to teach me...and He was more than happy to.

See, adoption is not for the faint of heart. It is a special calling that God gives you just as He calls some to ministry, missions, elder care, youth ministry, an office job, health care. The list could go on and on. There are so many jobs, gifts, ministries that I just know I could not do, and I wouldn't even want to try. But some people are just called and can do it without blinking an eye.

Adoption is our calling.

When we started in August 2010, we had envisioned ourselves bringing home a bouncing baby girl. I had pictured it in my mind over and over, just like the Baby Story episodes on tv where they bring home their new child and everyone is waiting at the airport and everyone just weeps (including me, on my couch, with my bowl of ice cream, blubbering like an idiot).

As with the excitement of anyone expecting a baby, we listed off all the baby names we could think of possibly naming our child.

Ok, I was naming off baby names and Nick was looking at me in horror like "Are you kidding me right now?" I couldn't understand why he did not, still does not, like these perfectly beautiful names. I'm still in love with Aria and London, but that is something I will bring up with the next adoption...

Again, Nick is looking at me in horror saying, "Are you kidding me right now?"

So after all was said and done, we had settled on the name Aselah. It is the name of a city in Ethiopia that Nick had found on a map, and because it was different (I like different, if you couldn't tell) and he had some input, I enthusiastically agreed (ok, maybe not enthusiastically, I was still really holding on to London).

After my mom's passing, I knew I wanted to use her middle name, Sue, as a tribute to her life. My mom was everything to me and I wanted my legacy to be a reflection of hers.

And then we found HER! A beautiful 7 year old girl with a smile that lights up her face. One of the most beautiful children I've ever seen, waving at the camera with the greatest delight of having her picture taken.

And I thought, "That is my child. I have to have her in my life. She is my daughter."

I knew instantly that she was meant to be in my family. We had waiting for over a year on the referral list for a 0-2 year old girl, moved our age from 0-4 then 0-6 and had been watching the Waiting Child list for several months with no luck.

And one day, there she was...a waiting child. Waiting for us.

A waiting child is typically an older child, which is not in an age range that people are looking to adopt from or may have a physical illness that requires special attention. "This little girl, Tarikua, is perfectly healthy, a little bit shy at first, but can hold her own ground when playing games" is what the agency told us.

I told Nick that I really thought she was ours. He, of course, was busy at work and wasn't really able to make such a life altering decision at the moment, but I was insistent. I'm pretty good at getting what I want. But Nick was going to take this slowly because, let's face it, it is a HUGE decision that will affect the course of our lives forever. One bad decision could potentially lead to a constant battle within the family unit for years. We've seen families struggle with adopting older children and to not take this decision seriously could have tragic results.

But within a few hours, Nick had studied her photo, spoken to the adoption agency, and most importantly, PRAYED over and over about this little girl, Tarikua. And suddenly, he knew too. This little girl was meant to be a Kellerstrass.

And we accepted the referral!

We got a whole file worth of paperwork on little Tarikua to poor over and make sure everything was 100% ok with us. Her health records, her social evaluation, her birth story. Anything that could help us make an informed decision about whether or not this child would be a good fit in our family.

One thing I noticed was all the different spellings and pronunciations we seemed to get from the same agency about the same girl. We were initially told her name was Tarequa (Ta-ree-qua). But we also got paperwork that said Tarike (Ta-ree-kay). So we weren't exactly sure what her name technically was.

So we went to the expert. Our friends' 13 year old son who is from Ethiopia, grew up there until he was 12, and speaks fluent Amharic.

Bereket said her name was Tarikua (Tear-uh-kwa), which means "My History". I thought, "What a cool meaning for this child's name. She, at the young age of 7, has experienced more love and more in life than I have in all of my 32 years. Her history is her story and is uniquely hers, and it's something that I want to live on in her for the rest of her life."

People seem to have a hard time pronouncing her name, and we've had people ask if we are going to keep her name the way it is. We've struggled over that one. I mean, when you have to repeat the name 3 or 4 times to someone before they say it correctly, it gets embarrassing, and you feel like you have to defend it. We thought about changing it, but then we remembered...this is who she is. She has been Tarikua for 7 years. There is a pride in a person's name and this is the only thing that has remained constant in her life for those 7 years. To take away her home, everything she has known AND change her name just seemed like too much.

Yes, we are keeping her name.

Tarikua Sue was Tarikua Sue until the Tuesday afternoon that we sat in the IAN office in Addis Ababa, Ethiopia. We were getting our run down of how court works, what they will ask us and what to expect. We had been told by other adopting families to ask the staff to see her personal file.

They brought the file over and as we were perusing it, in this office in Ethiopia where the sounds of the city are coming in the office. Where we had been immersed in the culture, the people, the life, the sounds, the tastes, the REALITY of it all, suddenly I could see Tarikua's story through her mother's eyes.

We are not allowed to share her story publicly, out of respect to her privacy, but I will say her mother passed away when Tarikua was a small child.

Suddenly I was thrown into my mom's hospital room during the last moment's of her life. I remembered my mother's concerns as she lay on her death bed, that we would all forget her and that life would just go on as if she never existed. That we would forget everything that she meant to us and how our entire lives were a product of her influence.

And then I saw Tarikua's mother, who too was on her death bed. As a mother myself, I could imagine the worries and fears going through her mind as she knew her last seconds in this life were coming to an end. How, as a mother, could you leave peacefully knowing that your young child would be left alone in this cold, cruel world with no one to look after her. There is nothing you can do to stop death from happening, but I can imagine doing everything you possibly could to claw your way out of going towards "the white light".

I was in tears in the adoption office. Never had her mom's story became so clear to me, never had her story been so personal, so heartbreakingly real to me. I had to hold back the sobs that were starting to overtake me.

My heart just breaks for Melkame.

That is her mother's name. A beautiful Ethiopian name, which means "Happy". A woman whose tragic ending makes for a beautiful beginning for us. Adoption is born from tragedy, but is an example of God's redeeming love and grace. I will never take Melkame's place, nor do I have any desire to. I simply want to be a continuation of her legacy, to raise Tarikua in a way that would make her proud and give her the peace that her daughter is going to be loved and treasured.

In that office, in that moment, I knew that my mother's legacy is in me. That I am a daughter that leaves behind her story and helps keep her memory alive. I may not have her name, but I have her hopes, her dreams, her loves, her hates. I am my mother's memory.

And Tarikua is Melkame's. I cannot, do not, want to take away Melkame's legacy. I want Tarikua to carry her story and to have pride in her mother's life and to know her mother loved her far beyond what she could imagine. 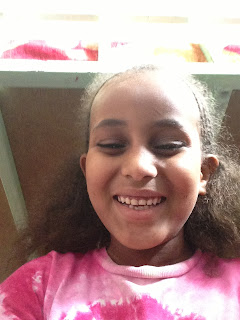